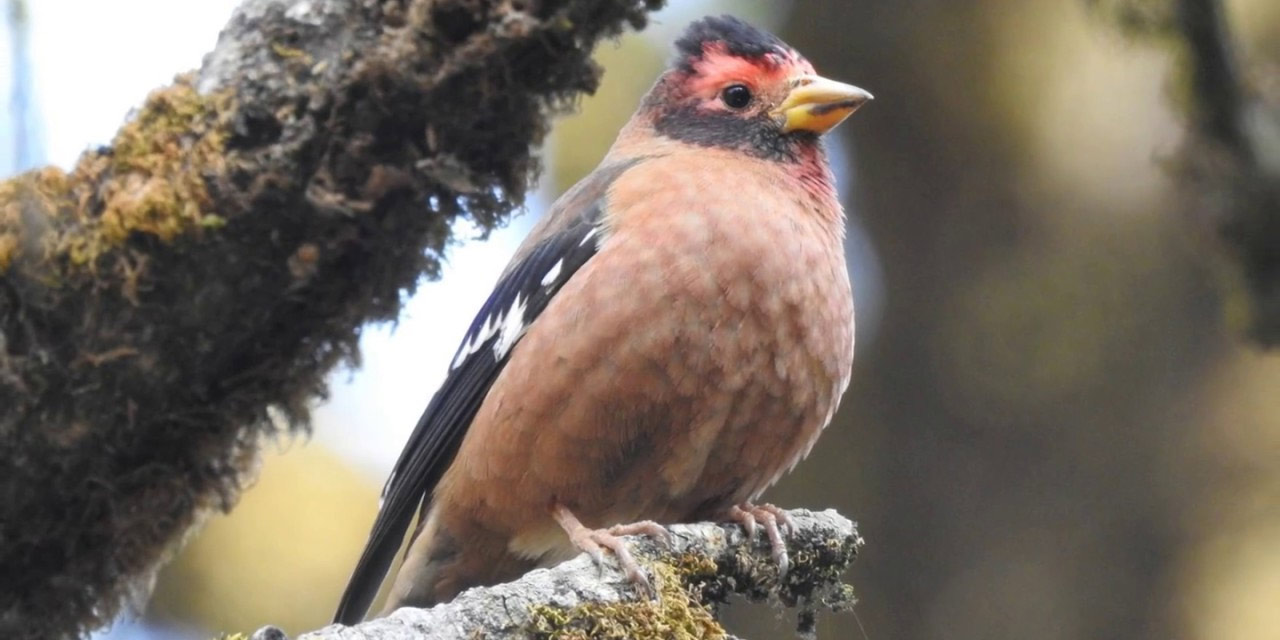 Spread across a massive land area of about 11,192 hectares, at an elevation of 2,084 meters above sea level is the Naina Devi Himalayan Bird Reserve. The bird reserve lies in the Kilbury and Pangot area, 15 km away from Nainital ahead of the north. The bird reserve was opened for public viewing in the year 2015.

A large number of tributaries of river Ramganga flow through this reserve, making it an ideal destination for tourists who seek nature at is best. These streams provide water for the reserves nurturing the flora and fauna at this place.

The following are the most sought-after bird species found at this place:

There are a number of mammals found at this reserve namely, barking deer, yellow-bellied weasel, yellow-throated marten, stoat, Himalayan Goral etc. along the boundaries of the bird reserve are present a few hamlets, beautiful and eye-pleasing which include Kilbury, Barapathar and Vinayak. The mountain range around these hamlets and the bird reserve are unspoiled and serve as nirvana to the soul.

Things to do at Naina Devi Himalayan Bird Reserve, Nainital

Naina Devi Himalayan Bird Reserve, with the wide variety of avian fauna is a paradise for bird lovers. Ornithologists also frequent this reserve a lot to study the different species of birds. Some of the most commonly spotted birds here are Easter Imperial Eagle, Cheer Pheasant, Whistler’s Warbler, Great Spotted Eagle and Red-headed Vulture.

Nature Walk is another common activity that tourists do here. Laden with dense thickets of oak and pine trees, Naina Devi Himalayan Bird Reserve is the perfect destination to come across with ways of nature. Morning and evening walks are quite famous here. You can also hike to the nearby hamlets.

There is no entry fee to enjoy this nature’s wonderful offering to mankind. The reserve remains open on all days of the week before the sunsets.

The best time to visit the reserve is during summers i.e. in March, April, May and June. The beauty of the place gets personified during that season and moreover, the weather is also much more pleasant. The evenings may get chilly at times.

For a family trip, summer is the best season. For a romantic vacation, winters can prove to be a gift. It rains romance during winters as the snow falls. Apart from being a birdwatcher’s paradise, Pangot and nearby area of Sigri are bestowed with breath-taking scenic beauty and the most picturesque landscape which makes it a perfect spot for both picnic and a vacation.

Railways- If you are traveling by train, Kathgodam Railway station is the nearest railway station which is about 22 km from the Naina Devi Himalayan Bird Reserve, Nainital. There is an abundance of bus and taxi service from the railway station to the bird reserve.

Airways- If you are doing air travel, Pantnagar Airport is the nearest airport which is around 97 km from the Naina Devi Himalayan Bird Reserve, Nainital. You can hire a private or shared taxi from the airport which will take around 2 to 3 hours to reach the bird reserve. You can also hire a private vehicle from one of the leading car rental companies in Nainital to enjoy a hassle-free commutation within the hill-station.

Note: If you do not get a direct ride to the Naina Devi Himalayan Bird Reserve, Nainital, you can ask for Mall Road Nainital. Once there, take another local ride to the bird reserve as it is quite close.

While you travel to this beautiful abode of varied birds and mammals, make sure that you follow all the rules and instructions as prescribed by the authorities.

It would be advisable to check regarding the weather forecast before visiting this place. As during rains you would not be able to enjoy the beauty of this place.

Catering to everyone’s budget requirements, we at Nainital Tourism, a division of Holidays DNA, present our customers with plenty of all-inclusive Nainital tour packages. Choose the best deal that suits you the most. To know more about our packages, reach us out by filling the Contact Us form.