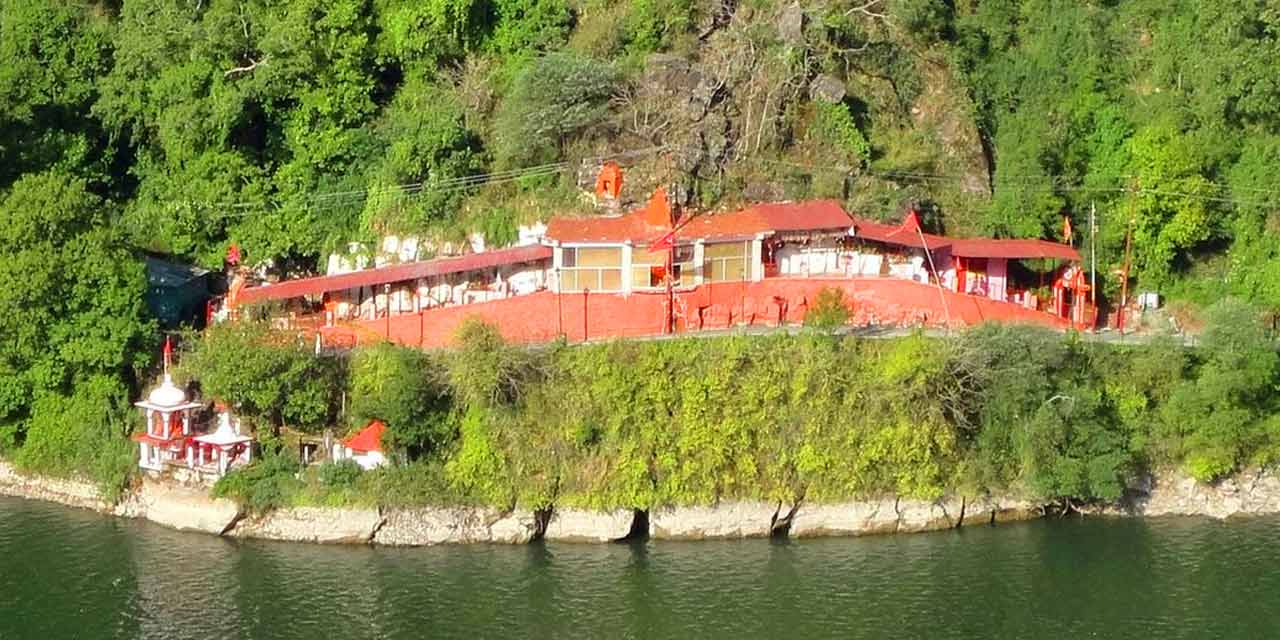 Being born in an Indian Hindu family self-evidently implies visiting temples while on a vacation or trip. Even a short visit to the local market would mean one or two head-bows on the way or as many temples come. Worshiping God is not a routine act rather it is embedded in our general behavior.

Especially during summer vacations when most of the Indian families go on vacation, it is a mandate to visit the local God or Goddess of the destination. Of all the popular holiday destinations, Nainital is a favorite one. Pashan Devi temple and Naina Devi temple are two of the most famous temples in Nainital. The Naina Devi temple is one of the 51 Shakti-peethas in India and holds a strong mythological as well as historical significance.

Nainital - The city of lakes

Nainital is also called as the city of lakes, owing to the number of lakes it possesses, especially the gem to its crown, the Naini lake. Nainital has been a go-to place for most Delhiites as it is the nearest hill station, people revisit this place as it never fails to amaze them.

Nainital is located at the outer Himalayan range and marks the start of snow-covered peaks, Mt Naina Devi being one of these peaks. A common mythological legend drives the culture of the city after which it is named.

Pashan Devi is one of the oldest regional temples in Nainital and holds great significance importance in enhancing the culture of the place.

Other famous shrines in Nainital

Being a mythologically significant place, Nainital is home to several regional Gods and Goddess. There are a lot of shrines and temples in Nainital which attract a large number of devotees every year.

1. Naina Devi temple: Home to the regional Goddess Naini Devi is the Naina Devi temple, one of the most famous places to visit in Nainital. The temple holds a great significance both mythologically and historically and is visited by thousands of devotees every year. The temple is located in a serene and calm area along the banks of the Naini Lake. A special festival is organized during the months of August and September which is called Nanda Ashtami.

2. Hanuman Garhi temple: Another popular temple in Nainital is the Hanuman Garhi temple which is home to Lord Hanuman. This temple is famous for a huge statue of Lord Hanuman standing high and protecting the natives of Nainital. Established in the early 20s, this temple is strategically located with an exceptional view of sunrise and sunset and of the valley. The temple is located 6400 feet above sea level, serving as a great tourist destination as well. The panoramic beauty this place offers is unmatched.

3. Mukhteshwar temple: This is amongst the oldest temples present in Nainital. Dedicated to Lord Shiva, this temple is located on the outskirts of the city. Situated at a height of 7585 feet above sea level, this temple offers a mesmerizing view of the valley and lush green hilly forests. Mukhteshwar temple holds a significant position in the mythological and cultural history of the Nainital city.

There is no entry fee for visiting the Pashan Devi temple. You can visit on all days of the week between 6:00 am to 7:30 pm.

How to Reach Pashan Devi temple

The Pashan Devi Temple is located on the banks on the Naini Lake. If you are at the Mall Road Nainital, you can walk to the temple which is just 1.5 km away and take blessings of the Nav Durga.

Roadways- If you are traveling by road, get down at the Tallital Bus Stand, Nainital which is just 600 m away. You can walk to the temple or take a cycle rickshaw to the temple.

Railways- If you are traveling by train, Kathgodam is the railway station nearest to Mall Road Nainital. The distance is about 32 km which can be covered by a taxi cab or luxury bus available at the station. You can also hire a private vehicle from one of the leading car rental companies in Nainital to enjoy a hassle-free commutation within the hill-station.

Airways- Pantnagar airport is the nearest airport if you are traveling by air, located about 69 km away from the Pashan Devi Temple. You can hire a private taxi from the airport to reach the temple or Nainital Mall Road.

Pashan Devi temple can be visited during all times of the year. Summers are a pleasant time to visit the temple and Nainital city as the temperature is moderate. The evenings can get chilly here.

If you are travelling to Pashan Devi temple during winters, do carry heavy woollens as the temperature remains quite low.

Catering to everyone’s budget requirements, we at Nainital Tourism, a division of Holidays DNA, present our customers with plenty of all-inclusive Nainital tour packages. Choose the best package that suits you the most and and plan your tour at pocket-friendly prices. To know more about our packages, reach us out by filling the Contact Us form.