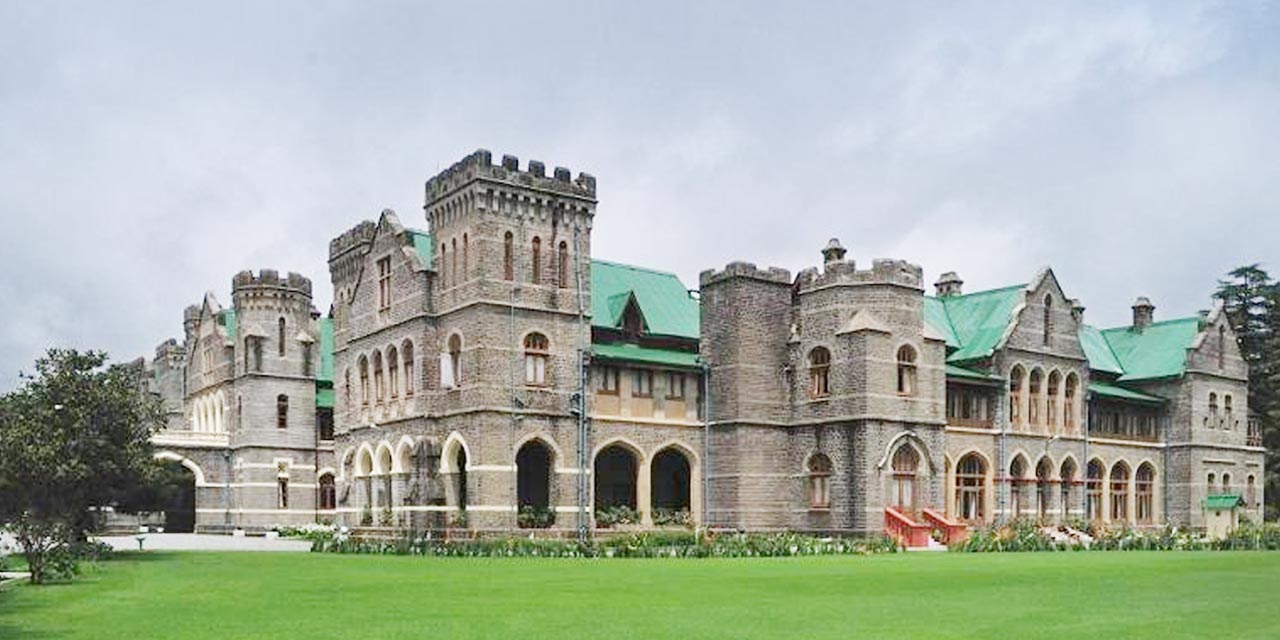 The Raj Bhawan has strategically been built around the exceptional landscape and is spread across a vast area of 205 acres with a Golf Course which is spread in 45 acres of land. There is a swimming pool and a garden as well within the premises of the castle. This Scottish-look castle was built in the pre-independence era in the year 1897 and took two years to complete. The architecture of the castle is Gothic and is built on European pattern. The name Raj Bhawan was given to it post-independence.

The Raj Bhawan is a two-storeyed building with 113 rooms which were used by Britishers during summers. Mostly the British VIPs and guests stayed at the Raj Bhawan during their visit to Nainital.

Post-independence, Sarojini Naidu was the first Governor of Uttar Pradesh (now comes under the state of Uttarakhand) to reside in this historic monument. Lush green gardens, Deodar and Oak trees, increase the beauty of this place and attract a lot of tourists.

The Golf Course at Raj Bhawan is one of the oldest and vintage Golf Courses in India. It was built in 1926 and is affiliated to the Indian Golf Union. This golf course was the exclusive preserve of Erstwhile United Province, later called Uttar Pradesh. It was opened to the public in the year 1994. Set in the lush greens of the hilly landscape, this 18-hole golf course is a delight to the players.

The entry fee for Raj Bhawan is Rs. 50 per head. There is a separate fee for the Golf course which is Rs. 450 per head.

Things to do at and around Raj Bhawan Nainital

1. The Raj Bhawan is a beautiful place to visit in Nainital. Guided tours are also available inside the Raj Bhawan. Take a stroll around the golf course which offers a splendid view of the Kumaoni landscape.

2. Visitors are allowed to play a game or two for a reasonable fee. You can also lounge in the clubhouse of the Golf Course or enjoy a meal at the restaurant inside.

3. Mall Road- Take a stroll at the Mall Road Nainital which is just 3 km away from Raj Bhawan and shop for the Local crafts and candles.

4. Naina Devi Temple- Visit the Naina Devi temple and take blessings of the goddess Naini which is just 4 km away. You can either walk to the temple or take a rickshaw. Naina Devi temple holds significant importance in the mythological history of Nainital city. Being one of the 51 Shakti Peethas, this temple draws hundreds of devotees daily.

5. Naini Lake- Just 4.5 km away is the most famous tourist attraction of Nainital, Naini Lake. Enjoy a boat ride across the length of majestic Naini lake.

How to Reach Raj Bhawan Nainital

Roadways- The Raj Bhawan is located only 3.5 km away from Roadways Bus Stand, Tallital, Nainital. You can hire an auto-rickshaw from the bus stand to reach Raj Bhawan. It is only 3 km away from the Tallital Mall Road area from where one can reach easily by walking or by hiring a cycle rickshaw.

Railways- If you are traveling by train, Kathgodam is the nearest railway station, 36 km away. One can easily hire a taxi cab or luxury bus from the railway station to Raj Bhawan.

Airway- If you are traveling by air, Pantnagar airport is the nearest airport, 56 km away. One can easily hire private and shared taxis from the airport to Raj Bhawan.

Things to keep in mind while visiting Raj Bhawan

Since the golf course is spread across a vast area of 45 acres and is located in the pristine mixed forest which houses many endangered and other wildlife species, be careful of any interaction with animals while on a visit.

Always carry woolens as evenings can get cold in Nainital.

1. The architecture of the Raj Bhawan resembles that of Buckingham Palace.

2. The Golf Course at Raj Bhawan was made open to the public in order to promote Golf as a sport.

3. The year 2009 onward only 'Permission to play' is granted to golfers and no membership is allowed.

To get a brief insight into the beautiful city, you can opt for All-inclusive Nainital tour packages. We at Nainital Tourism, a division of Holidays DNA offer packages that are customized, keeping in mind the needs of prospective travelers. To get more information about our personalized packages, you can reach us by filling the Contact Us form.